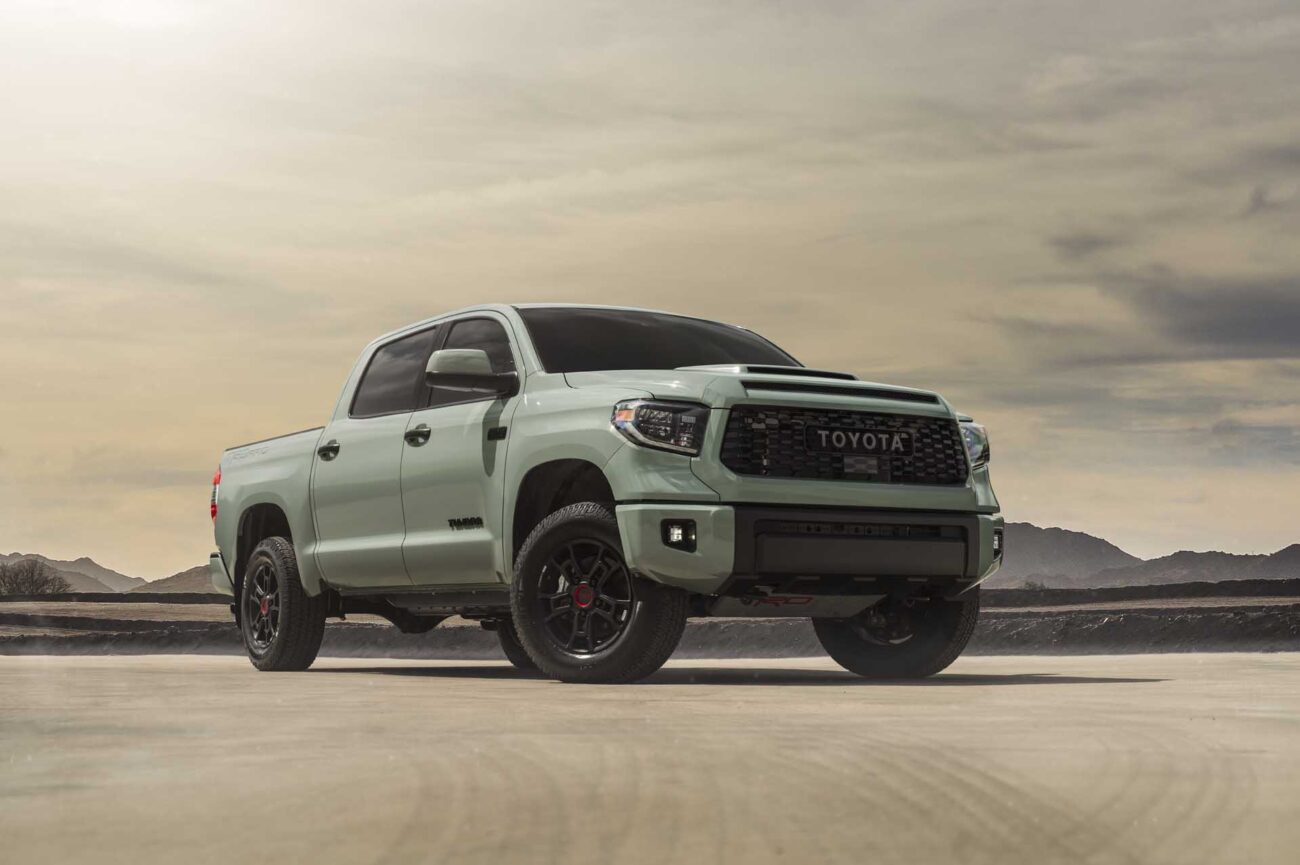 It already set the world ablaze with the reveal of the all-new LandCruiser, but now Toyota is banking on big truck energy. The 2022 Toyota Tundra has just been unveiled, the iconic automaker’s answer to Ford’s F-150, Chevrolet’s Silverado, and RAM’s 1500, but focuses on durability, reliability, and value, the Tundra is a slightly different beast.

Looking back at the history of the Tundra, it’s not hard to see where things went wrong. In the early 2000s, the pickup was one of the most popular on the market, but upgrades to competitors and a less than satisfactory fuel economy saw the Tundra lagging behind. As the pickup industry got bigger, so too did engine capacity, and America finds itself in the midst of a big truck battle. Toyota is finally coming to the party.

While Toyota hasn’t let much out of the bag in terms of specs or performance, the newly unveiled images of the 2022 Tundra paint a starkly different picture than past iterations. The all-new interior includes red perforated leather seats with subtle camo detailing for the TRD Pro trim. We can also spy a textured shift knob, crawl control, what appears to be a mixture of analog and digital gauges on the instrument cluster. Needless to say, Toyota is honing in on the working tradesman, with a wireless phone charging pad sitting pride of place in the center console.

Aside from a few grainy pictures and some cautious speculation, Toyota fans didn’t have much to go off for the design of the new 2022 Tundra. Thankfully, Toyota has shown off the new design, and for the most part, the response has been positive. The official press shots show the all-new 2022 Toyota Tundra will be big, boxy, and capable of anything. Sitting somewhere between Chevy’s Silverado with the big front grille and the Aussie Amarok compatriots, the 2022 Toyota Tundra isn’t backward coming forward. It’s bold and brash, as all good pickups should be. But that’s not to say it doesn’t have a few tricks up its sleeve.

Toyota also confirmed that the 2022 Tundra will hold onto the beloved retractable rear window feature. It features a full-length moonroof with a girthy opening and, according to Jalopnik, a fully retractable rear window. The feature, similar to the power rear glass found on the 4Runner — has garnered some serious praise from fans over its added airflow and accessibility.

Where the unknowns start to ring is in the powertrain. From the outside, however, it seems obvious. If Toyota wants to compete with the big players, it needs to be more efficient, and ditching the 5.7-liter V8 would be a great place to start. Based on popular appeal, the twin-turbocharged 3.5-liter V6 we saw the brand drop into the new 300-Series Land Cruiser would be the most obvious answer and one we could definitely get behind.

We know that the 2022 Tundra will be powered by a new “iForce Max” engine, as revealed by the first teaser images. As Gear Patrol rightly pointed out, the six “ribs” on the engine cover versus the eight found on the current V8 model makes a pretty strong case that the new truck will be V6-powered.

How And Why Credit Score Impacts Your Interest Rates.

10 Essential Things to Consider When Buying a Used Car

10 Things to Consider When Buying a New Car